What's on your mind?

Never played it and i heard its dead

I just want to play it on pc

-Since the Nazis have Kamphunds and Panzerhund, then Soviets should have their own.

Panzer Bears(танковый медведь), Bears in steel armor similar to the ones BJ picked up, but were hostile towards Nazis only, inspired by Red Alert 3 War Bears and Golden Compass Armored Polar Bears.

-Not all Germans are bad, Klaus Kreutz can't be the only wehrmacht who opposed the the Third Reich, there were some German friends locked up in the Nazi Discipline Building, free them and they will join the resistance. Max Hass and Klaus Kreutz will be proud.

-Japanese had start to atone their war crimes, knowing that the Nazis will betray them despite being ww2 allies. Their only choice was to work with the Americans.

(edited by Wile Rogue)
Yes
No 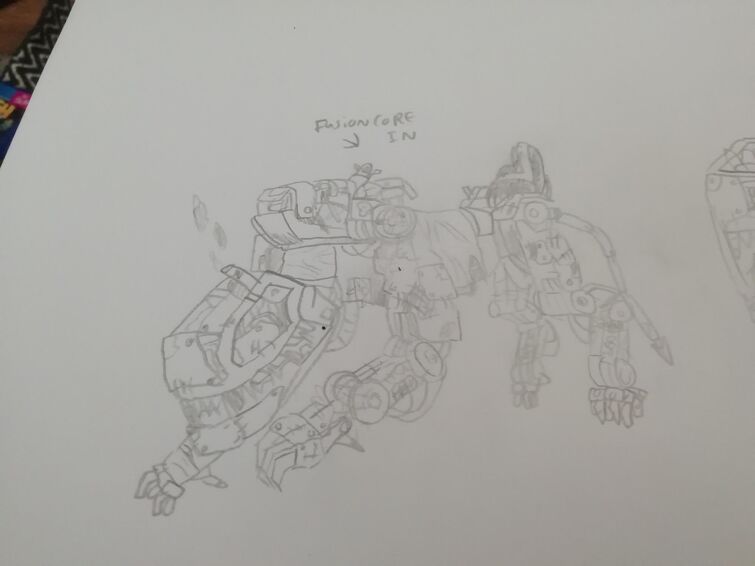 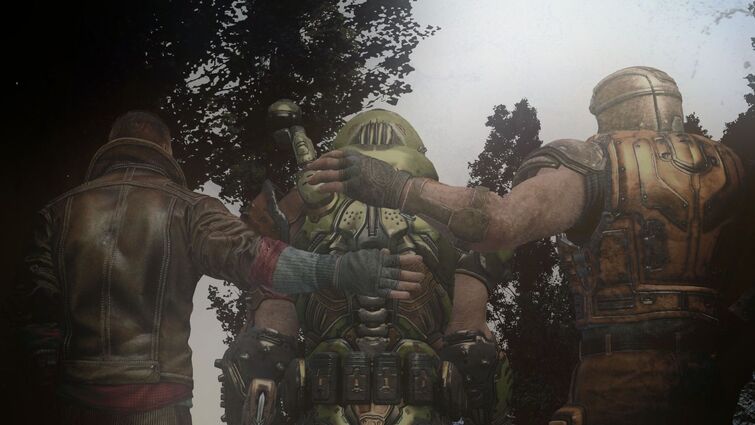 I decided to post materials here, in addition to the Vehicles article, I found models of Bf109 aircraft in RTCW on the Forest map.+a transport plane from the Boss1 mission (under the map), it would also be worth adding. 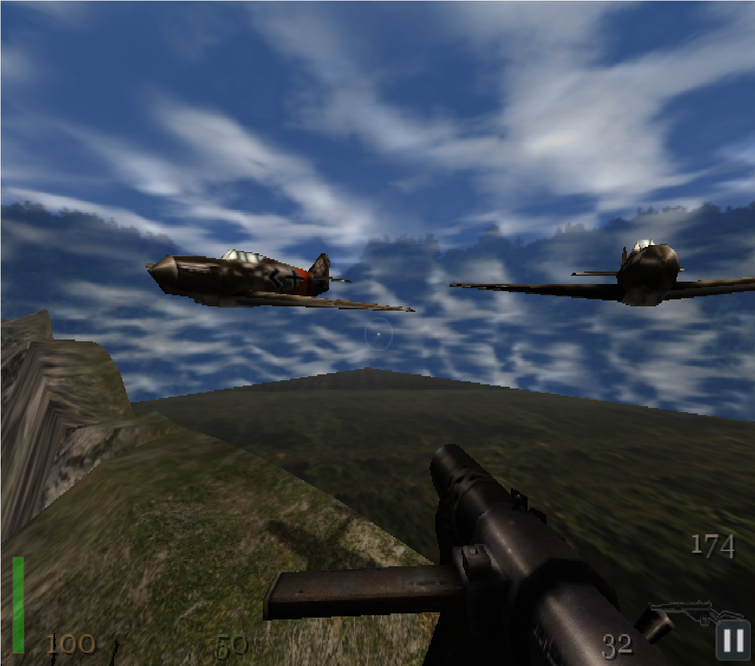 When I heard the song (house of the rising sun), I thought new berlin was New York City, but the city was destroyed by a nuke so anyone know where this place is? 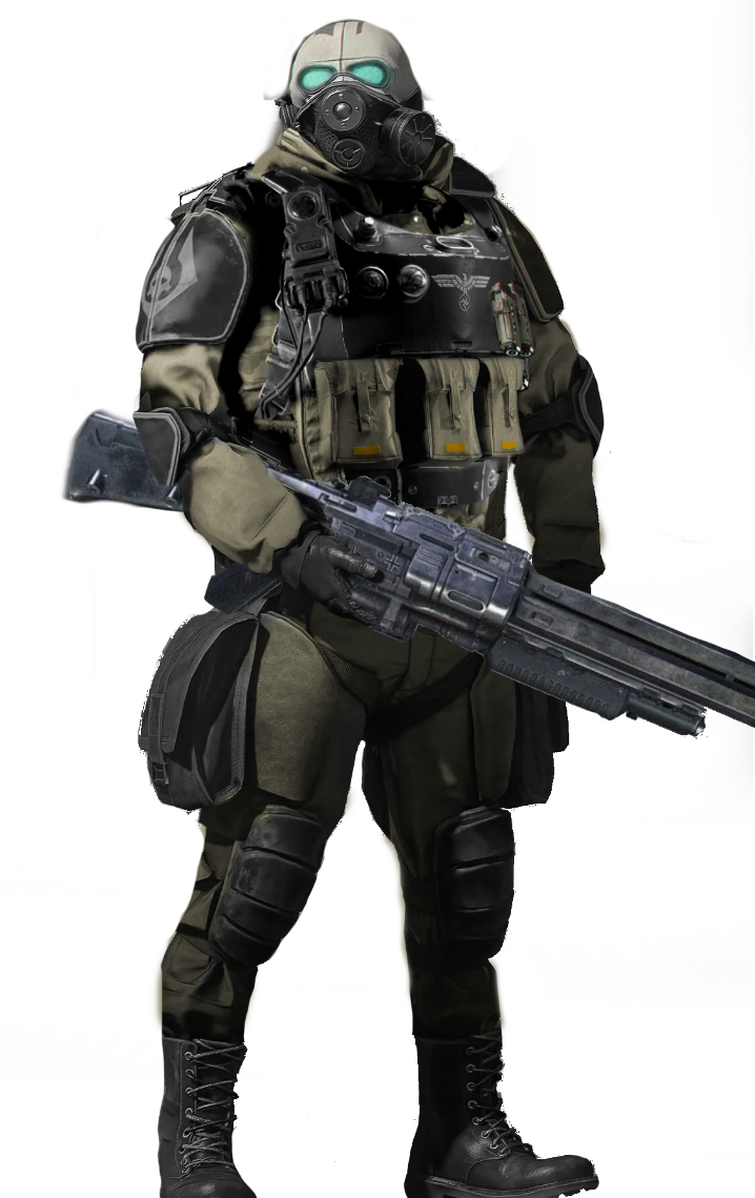 Our teacher allowed us to download Enemy Territory and then proceeded to host a match with the entire class, in order to teach us about networking. 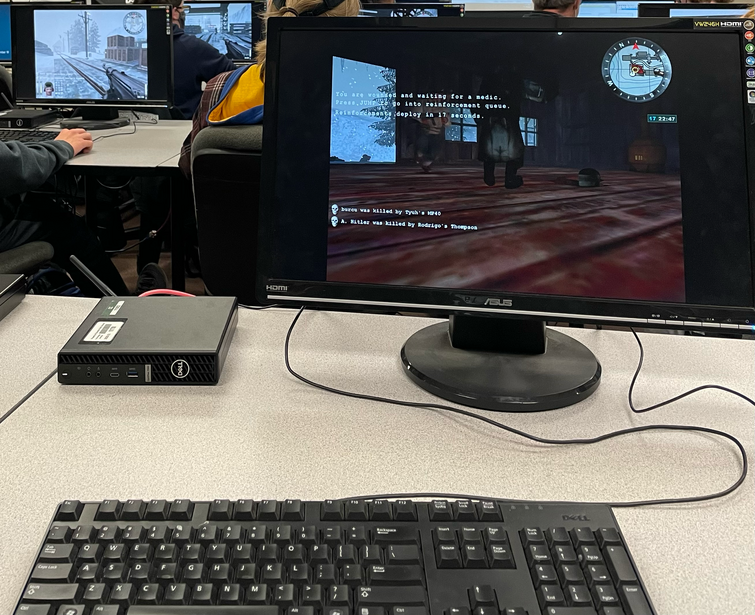 Contrary to popular opinion, Blazkowicz DID have a character before the New Order—a very defined and unique character at that. For proof, check out the video below.

He had the morals of Captain America, the Attitude of Vegeta, and the Pragmatism of John Wick. He was always addressed as the "American." It was like he was America on a microscale. In Wolfenstein 2009 everything was going to crap until he, "the American" arrived.

Then Machine Games changed him into a PTSD Ridden TIN MAN who delivers his lines with the conviction of a man fighting off his sleep medicine.

Instead of being a moral, eager, patriotic warrior with invincibility-syndrome who had seen it all (killed a man with eternal life, walked between dimensions, wielded a magic medallion, and fought interdimensional monsters and laughed it all off), we have a man who is consumed by the trauma of war, bones a Nurse he barely knows because he "has to feel something good," gets over America's defeat in about 5-10 seconds tops, barely defends America's honor from J's attacks, gets mad when the Nazis put someone on the moon, but doesn't utter a peep when he sees pictures of the White House being conquered or when he reads about the nuking of his home country. Any patriotism he DOES posses takes a back seat, almost to the point of annihilation. 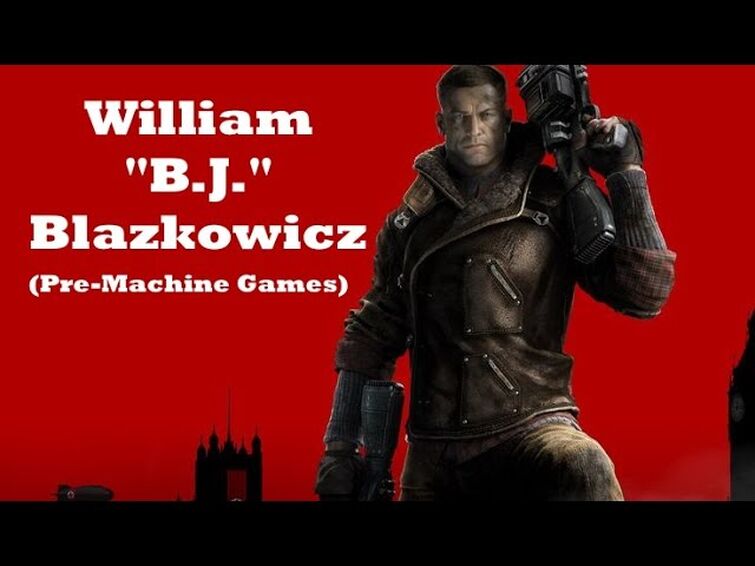 He says he put his life on the line for "freedom justice and the American way." That's not true. He joined the army just to get away from his abusive father. There is NOTHING in the New Colossus that hints at ANY patriotism in his youth.

In the Old Blood he says "America will never fold." But the REAL reason that line exists is to have a hindsight humor shot at his expense. Unsurprisingly, that is the ONLY reference to America—and it is at his and America's expense.

Only TWO of his references to America are legit patriotic—the Statue of Liberty Speech in TNO and the "Pour some Gasoline" Speech. But that is TWO PEBBLES against a MOUNTAIN of APATHY towards the loss of the United States and the freedom it stood for.

Even his fury over Manhattan and New Orleans is more about the people and less about his nation and its ideals. Even those victims only get ONE reaction each.

This Blazkwowicz is neither compelling, nor is he consistent with ANYTHING that came before him. How is a man who fought the supernatural without issue able to look at the assault on Deathshead compound and say "This ain't war but the breaking of seals—the undoing of life itself"?

Any cool thing he does is buried under an avalanche of moping and whining.

This guy is not awesome. He treats the war like he's a barely functioning old man telling a bunch of kids to get off his lawn, rather than a spirited warrior who can't wait to make the Nazis pay for taking the freedom of others.

And that's not even going into other stupid things like the Nazis keeping the Catholic Church around even though they don't need it (BTW, I'm not Catholic)

As an ardent fan since Wolf3D and as a guy who has read several books on the Nazis, as well as excerpts from declassified Nuremberg documents, believe me when I say we could have had a GREAT religiously centered story and a much better take on Blazkowicz that is consistent with what he was and developed it further.

For those interested, I have actually written an outline of DETAILED REWRITE OF THE NEW ORDER than showcases this.

In the meantime, I will just say that we were ROBBED by Machine Games.

I want to see what age the game could be appropriate for.

What was the first Wolfenstein game you've ever played? And which game is your favorite?