These soldiers are clad in hazmat suits and deployed in hazardous areas such as New York, Area 52, and New Orleans. They have the same weaponry as other Nazi soldiers, such as the Maschinenpistole and the Sturmgewehr. They also have commanders of their own. 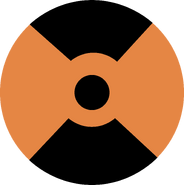 The insignia of the Atomsoldaten.
Community content is available under CC-BY-SA unless otherwise noted.
Advertisement