To escape from Castle Wolfenstein

BJ has been captured while attempting to find the plans for Operation Eisenfaust. He is placed in a cell under the watch of a Guard, after undergoing torture he manages to overpower the guard and obtain a Knife and Pistol from him. He traverses nine (or ten) floors until he reaches the end, which is guarded by Hans Grösse, a Nazi enforcer and the "boss" of Episode One. BJ manages to kill him, and escapes.

The Floor 9 time is not explicitly given, but is the result of subtracting all other floor times from the total time of five minutes and twenty seconds. 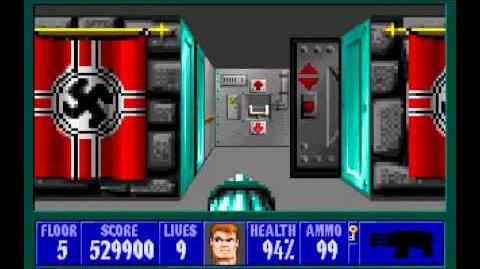