Episode One, Floor Ten is the secret level for Wolfenstein 3D episode "Escape from Wolfenstein".

The level is comprised almost entirely of purple stone walls, with purple ceiling throughout. This alien atmosphere contrasts with the formality and regularity of the remainder of Castle Wolfenstein.

The player begins at the forefront of a twisting hallway. To his left is a room of Treasure, guarded by a deaf SS (beginning at "I am Death incarnate!" difficulty). 2 Guards and (sometimes) an SS guard the visible end of the hallway, outside another Treasure room. More goodies may be found in subsequent side rooms.

Exiting this first hallway and entering the second, one is presented with a choice of path (as well as a few Secrets[secrets 1, 2, 3]):

The end region of the level is comprised of stark, clean red brick. Beyond a gold Key-locked door, a trap: two identical-appearing elevator doors, one of which reveals the exit and one of which reveals 1/5/7 SS (as well as a Secret[secret 15]). The true exit is on the left (west) of the room.

This level is one of three levels (the others being Episode 2/Floor 9 and Episode 2/Floor 10) in which killing a non-boss enemy has a one in 256 chance of producing a fart sound instead of the regular death sound.[1][2] 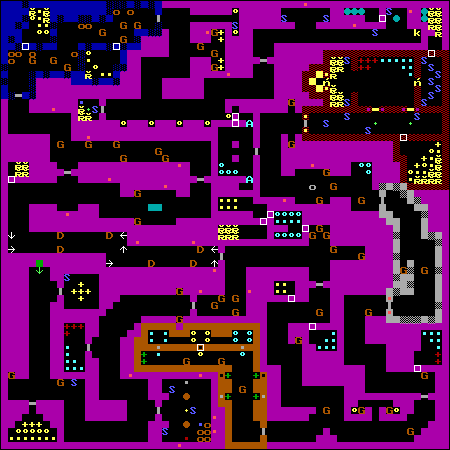 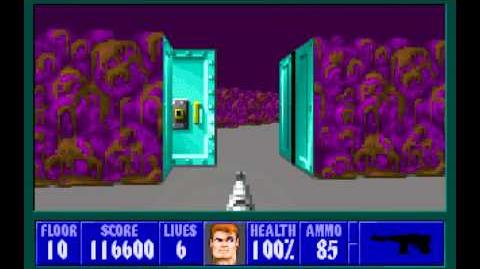