Episode 1, Floor 3 is the third level of Wolfenstein 3D episode "Escape from Wolfenstein".

The level begins in a symmetrical set of gray stone hallways that exit to:

This last hallway opens on the west to a series of stone rooms manned by Guards and Patrolled by Dogs, eventually ending in a cache of Treasure (and featuring two Secrets[secrets 7, 8]). On the east, one finds more gray brick rooms which, with the gold Key found in the prison area above, ends in the Elevator room. 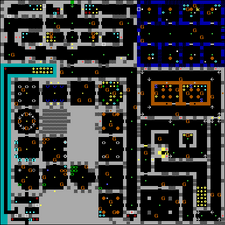 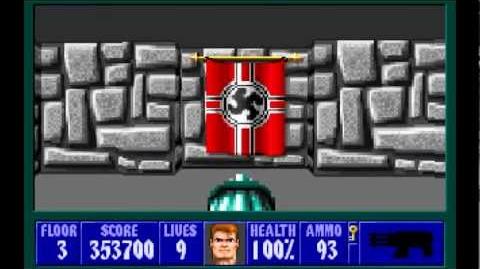