Episode 1, Floor 4 is the fourth level of Wolfenstein 3D episode "Escape from Wolfenstein".

The level is almost cleanly divided down the center into a zone mostly comprised of blue brick in the east, and one of gray stone in the west. The player begins in the latter zone, in the northwesternmost corner of the level, in a room with a Secret[secret 1].

The third room in the level is in the shape of a giant, square Celtic cross, guarded by 1/2/6 Guards (depending on difficulty). This opens to:

This last hallway itself opens to:

The level finally ends in the eastern blue area, where behind a gold Key-locked door, the player finds an Elevator, which beginning at "I am Death incarnate!" difficulty, is watched by two Guards. 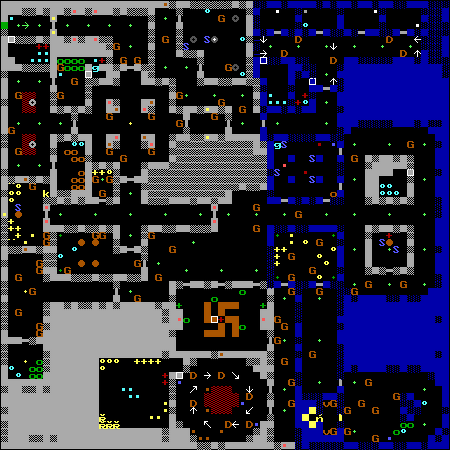 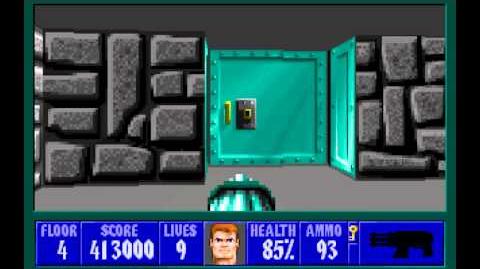 The player evil grinning when getting chaingun