Episode 2, Floor 1 is the first level of Wolfenstein 3D episode "Operation: Eisenfaust". This floor features a new enemy - the Mutant.

One reason this level is very dangerous is because there are no enemies except for a lot of Mutants in the floor. Yes, JUST Mutants. From where you start, open the door and go around the brick wall island and go through the next door. Inside is the Machine Gun (handy gun!) and ammunition that should bring you up to 78 bullets. For 100%, exit out and turn left to a brick area. Kill 1 - 3 Mutants, collect the Chalices and open up a Secret on a Swastika wall for a Chaingun (REALLY handy gun!).

Exit out and Go straight forward around the brick island and open up the doors, killing the Mutants. Eventually you'll come across the exit door room - with 2 to about 6 Mutants (one of the deadliest rooms in the episode.) For 100%, open up a Secret to the right as you enter - contains some Treasure.

If you want the secret exit (to Floor 10!), go to the red-brick island room and to the slime wall area. Into that area, turn left and kill the Mutants if you haven't already. On the right wall near the top of the room is a Secret with some health and ammo. On a jutting-out wall is the last Secret with the secret exit switch! 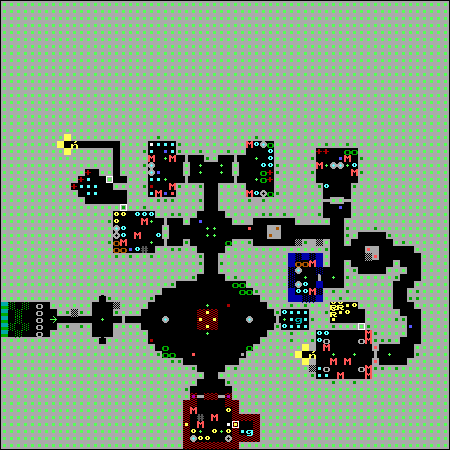 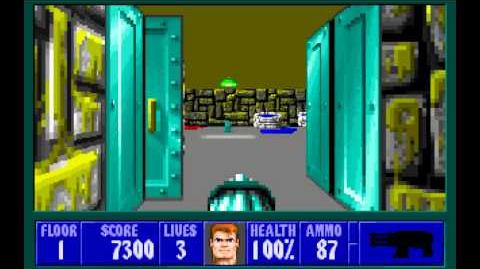