< Episode 6
Edit
watch 02:52
Roblox: DeepWoken - The Loop
Do you like this video?
Play Sound

Episode 6, Floor 8 is the eighth level of Wolfenstein 3D episode "Confrontation". With a par time of 8:30, this level takes the longest of any level in the game to get from start to finish (using the shortest possible route not reliant on any tricks).

2. The level is rather difficult, and as mentioned also quite long, but it is straightforward. Basically explore the top half of the map, coming in from the mid-section of the long winding corridor, to find the gold key at the end. Press the secrets in the gold key room to avoid a long round of backtracking. Get to the end of the winding corridor opposite the start of the level and the gold key will grant access to the southern half of the level, which is considerably more difficult in terms of enemies than the northern half, but just as straightforward. Be sure to pass the blue stone room with the silver key on the way and the path will eventually lead to the exit. You can also save a considerable amount of running around through the jagged corridor using the first two secrets mentioned in item 1. 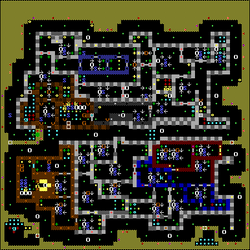 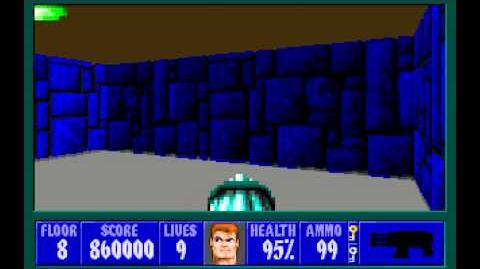