The "God key" is a Da'at Yichud artifact which serves as a minor plot device in Wolfenstein II: The New Colossus.

The God Key was originally sealed within an underground cache near Roswell, New Mexico. During the Second World War the Da'at Yichud allowed the United States government access to the anti-gravity technology within this vault; the artifact became a component within a failed prototype aircraft which crashed outside Roswell in 1947. Norman Caldwell subsequently scavenged it from the crash site; unaware of the truth about the Da'at Yichud, he instead believed that the crash and the subsequent government cover-up were evidence of extra-terrestrial activity.

On July 4 1961, Caldwell gave the God Key to B.J. Blazkowicz when the latter visited him in Roswell, still believing it to be a piece of alien technology that proved his conspiracy theories about the vault beneath Area 52 being the result of US and subsequently Nazi collusion with extra-terrestrials. Blazkowicz later provided it to Set Roth aboard the Eva's Hammer; Set immediately recognised some great significance to the artifact but despite his immense intellect and the depth and breadth of knowledge available to him as a former Da'at Yichud member he found himself frustrated by his inability to determine its purpose.

Some time later, while Set was providing medical assistance to the Probst Wyatt III following an overdose of psychedelic drugs, Wyatt suggested that the God Key was "some kind of door knob"; Set seemed inspired by this statement but what exactly it caused him to consider was not expounded upon. Presumably the God Key's purpose will be revealed in a future Wolfenstein game.

In Youngblood, Jessica and Sophia journey to Paris in order to find their father, B.J. Blazkowicz. It is revealed that B.J. went to Paris in order to locate and fix the God Key to utilize its true purpose--as an interdimensional gateway opener. The God Key is also used as an upgrade to Sophia and Jessica's power suits, enabling them with the ability to catch bullets in mid-air, and break down metal doors using a force from their hands. 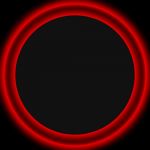 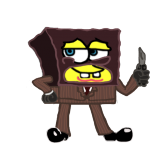