Heinrich I is the last part of the Operation Resurrection mission of Return to Castle Wolfenstein, and the place of the final battle against Heinrich I. It is also the last overall level of the game. 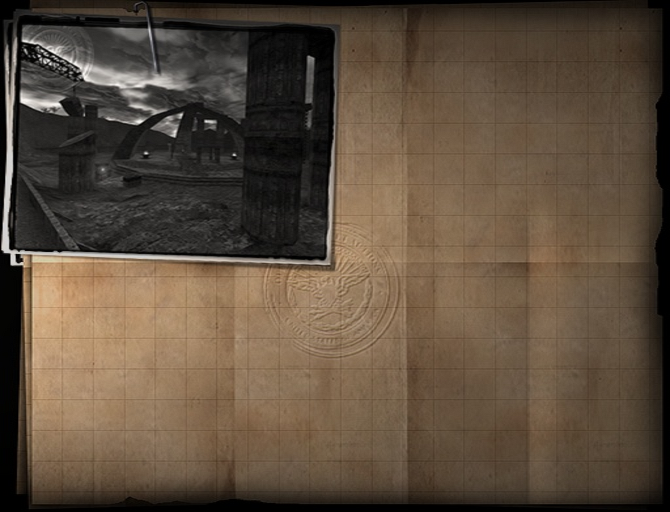 We have more cutscene action as Blavatsky raises Heinrich from the dead and sacrifices all three Super Soldiers into Dark Knights (thank holy mother of god we don't fight three Super Soldiers as well as Heinrich) and then talks to Heinrich for all of 5 seconds. Heinrich, obviously confused, decides the best way to thank Blavatsky is to turn her into a zombie. Pleasant. However, he ominously says that he senses the presence of another. Yep, that's right, B.J. is here and he's not happy. Time to break up this party and ensure Heinrich dies - this time, for good!

Having failed to stop the ritual and resurrection ceremony (plot event, so it has to happen) it's now up to you and only you to kill Heinrich I. Grab all of the ammunition at the beginning of the level, because you can't get back to it (the game hates us like that). Then, proceed forth to the final area of the game, in which mortal faces off against the undead.

There are three main targets here - the Dark Knights, who are easy to kill, Blavatsky, who is annoying as hell but is still a zombie, so she's also easy to kill, and then of course, we have Heinrich himself, who is both annoying as hell and NOT easy to kill. The Snooper Rifle doesn't really work here, so that's that magic weapon gone. Small arms don't really work either, because they are a bit weak against heavily-armoured super monster thingies. Time for you to pull out your biggest guns, then, and let slip the dogs of war on this undead SoB. Firstly, kill the Dark Knights, because they may be cannon fodder, but they can get in the way. The best way to think of them is as tougher Zombie Warriors with the swords and shields, and so don't shoot them with their shields raised, because apparently 1000-year old shields made almost wholly of rust can deflect bullets in this game. Killing them will remove one annoyance. Now it's on to Blavatsky. Blavatsky herself summons flying spectre thingies that, when they hit you, turn your screen black for a second and make B.J. make a weird noise (I think they're trying to possess him or something). Killing her lessens the number of these bloody things, so do it ASAP.

Finally, it's on to Heinrich. Getting too close to him means he hits you with his sword. It does a ton of damage, so melee attacks are, suffice to say, not recommended. He can also summon those spectre thingies, which are VERY annoying, but only if you go outside the circle - therefore, stay inside at all times. He can also bring down a rockfall on your head that make squishity noises when they hit you. Dodging these rockfalls is a bit of a challenge for most players, because it involves jumping around at random whilst sprinting, and hoping to god that you don't get smashed. Heinrich is pretty much a Super Soldier in terms of weapon usage. Using the Mauser or FG42 is all right against him, but they're not great. If you want MAXIMUM DAMAGE (tm) then you should use a combination of Tesla gun (with some additional ammo in the final area on some crates, it's nice of them to allow us to refill our ammo) and a Panzerfaust. Because, let's face it, hollow charge weaponry goes through steel plate armour like no tomorrow. If you run out of cells, then switch to the Venom. His greatest weaknesses is that when his three zombies go down, he will stop for a few seconds and focus his attention on raising them again. During this time, you can shoot him with impunity. Killing Heinrich takes luck, effort and skill, but at the end, you get to piss off Himmler! Isn't that great?