The Hospital is the second mission that was given by the Golden Dawn. This level features two new enemies, The Veil Assassin and the Altered, which acts as the bosses towards the end of the level. This is also where B.J. obtains the last Veil Crystal, Empower

The Hospital is located in Midtown East, where the Resistance are encountered fighting the Nazis, who are using mortars to suppress the Resistance.

There is a total of 23 Gold, 6 Intel and 2 Tomes found throughout this mission.

View of the Hospital.

Concept art of the Hospital featuring the Portal from the Dig Site. 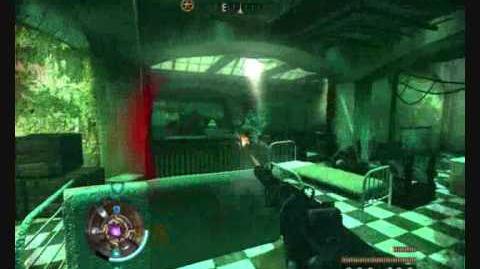