The Quarry - The Loop

The Big Easy. Can't undo your tragedy. But I can punish the people responsible.B.J. swimming to a bus in New Orleans.

New Orleans is a major United States port and the largest city and metropolitan area in the state of Louisiana.

It is well known for its distinct French and Spanish Creole architecture, as well as its cross-cultural and multilingual heritage. New Orleans is also famous for its cuisine, music (particularly as the birthplace of jazz), and its annual celebrations and festivals, most notably Mardi Gras, dating to French colonial times. The city is often referred to as the "most unique" in the United States.

New Orleans is located in southeastern Louisiana and developed on both sides of the Mississippi River. The heart of the city and French Quarter is on the north side of the river as it curves through this area. The city and Orleans Parish (French: Paroisse d'Orléans) are coterminous. The city and parish are bounded by the parishes of St. Tammany to the north, St. Bernard to the east, Plaquemines to the south, and Jefferson to the south and west. Lake Pontchartrain, part of which is included in the city limits, lies to the north and Lake Borgne lies to the east.

New Orleans was founded in the Spring of 1718 (7 May has become the traditional date to mark the anniversary, but the actual day is unknown) by the French Mississippi Company, under the direction of Jean-Baptiste Le Moyne de Bienville, on land inhabited by the Chitimacha. It was named for Philippe II, Duke of Orléans, who was Regent of the Kingdom of France at the time. The title came from the French city of Orléans.

New Orleans had been decimated by the Nazis and has been turned into a massive ghetto with a giant solid wall blocking access to the ruined city. The city is under constant surveillance by Nazi soldiers and helicopters.

Most of the American Resistance cells make their secret base in this city to avoid the eye of the Nazis. This is also the main base and birthplace of the New Orleans Resistance Cell lead by Horton.

The area is also shown to be infested with crocodiles, with both Nazi soldiers and resistance members having to be cautious about their presence.

Prior to 1952 the city was controlled by the Nazis; however, growing civil unrest led the Nazis to desolate the city and transform it into its present, despoiled state. Beyond the monolithic walls, Nazi Einsatzgruppen (Death Squads) patrol the streets (or the air from miniature drop-zeppelins), accompanied by Panzerhunds and Zitadelles. At some point, the city was hit by a hurricane called Greta and destroyed the city in 1952, leaving it in ruins, and barely livable.

After the event of New Colossus, the Nazis are forced to abandon their presence in New Orleans and other Ghettos to focus more manpower to desperately curb the rising movement of the Second American Revolution. Furthermore, the area of the New Orleans ghetto is now irradiated from the nuclear blast caused by the Eva's Hammer during its escape from the Ausmerzer. New Orleans was also where B.J. successfully assassinated Übercommanders, Daniel Eckstein, Albert Grosse, Otto Ackermann and Victor Kreuger. General Engel even set up a type of Red Cross donation to rebuild the city (which was later turned in a Ghetto in 1952 as the Nazis started building a huge wall around the city) concrete wall district, the wall to many Nazis seemed impenetrable, and many of them signed in to be part of the detail there due to the idea of it being safe, and secure. The ghetto district, includes the Bellevue street district, Lake view district Nigers, Downtown, French Quarter and the Lake view District Neu Orleans. 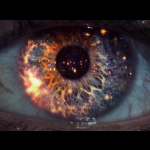