Heavy Trooper
The Particle Cannon is a powerful energy weapon found in Wolfenstein.

The Particle Cannon is a result of the Nazi Veil program, and fires a continuous twisting beam of energy which quickly disintegrates enemies caught within its line of fire. It is the primary weapon of the Heavy Trooper.

Heavy Troopers carry the ammo, Particle Reservoirs, and ammunition is occasionally found in missions, and not uncommon in the hubs as Heavy Troopers appear progressively more often; the ammo pickup is a rectangular box open at one end with an atom symbol and small shotgun shell like charges visible inside. Particle Cannon ammunition is the most common of the rare ammo types, as Heavy Troopers are included in random spawns in hub areas following attempting the Farm Mission.

The Particle Cannon fires Veil energy in a twisting beam which often disintegrates living targets. It is useful for quickly clearing multiple enemies down a narrow hall, as it quickly jumps from target to target. While it is difficult to aim at longer ranges due to having no iron sights, the Flux Arc upgrade makes the weapon aims automatically and turns it into a gun useable at a decent range. With Empower, the Particle Cannon is able to demolish almost any enemy in the game, including most bosses. It deals a massive 50 damage per second, making it more powerful than most melee weapons. After you upgrade this weapon, it is very useful while being cornered by veil creatures or facing mass attack by multiple mid-level enemies, such as a Scribe leading a pack of Sniffers. Like the Tesla Gun and the Flammenwerfer, the Particle Cannon can really help when you are in a tight situation, where a powerful, close-quarters weapon is best suited. The only major drawback is that, even with the Veil Catalyst, it takes about a short while to discharge the weapon upon pulling the trigger. While ammo is not as abundant as the Kar98 and the MPs, it is still relatively plentiful, as Troopers wielding this weapon will become a fairly common sight in the hub sections after finishing the Church mission. In short, this is the weapon the player will use the most often for close quarters combat.

There are a total of 5 upgrades for the Particle Cannon, with a total cost of $6,000. They are:

The Early design of the Particle Cannon. Which have the same concept of the Tesla Gun. 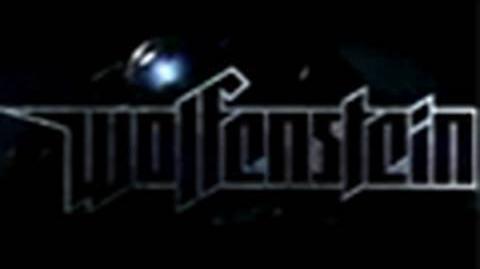 Wolfenstein - Particle Cannon (Game Trailer)
A Trailer of the Weapon.