Wolfenstein
The Queen Geist is a massive Geist which emerges from a tear in the Veil in 2009 game Wolfenstein. Unlike the creatures implied to be her offspring, the Queen Geist is not passive. It is a huge insectoid monstrosity with an armored body practically impervious to damage. The Queen Geist is much larger than normal Geists, and has 4 eggsacks on her sides. She also summons smaller aggressive geists in both forms (either the exploding ones or the warriors). It is the Third Boss of the game.

The Queen Geist is found at the end of the Castle mission. She appears from a tear in the Veil after the machine on the roof is damaged, and destroys it. While Deathhead and Hans Grosse leave, B.J. stays trying to fend it off. 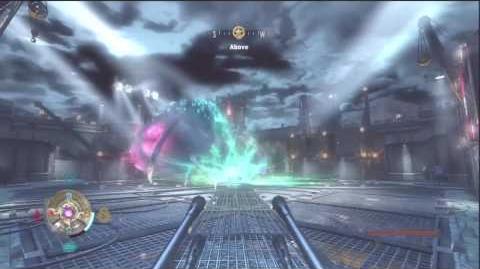